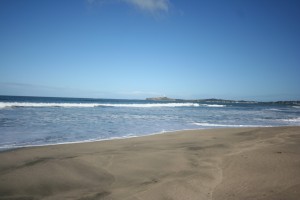 There are several beaches  in the Half Moon Bay coastside area including: